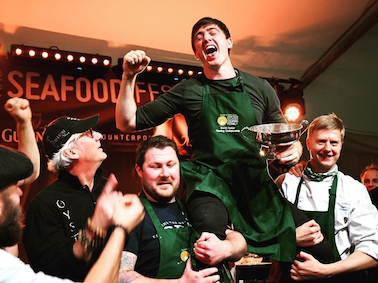 A huge event within the Narooma Oyster Festival on May 6 & 7, the championships draw the fastest shuckers from the south coast and this year the competition will reach stratospheric intensity with the addition of a wild card – four times World Champion Stephen Nolan from Galway, Ireland.

Festival chair Cath Peachey said the question on everyone’s lips, including Nolan’s, is how do rock oysters compare to the flat oysters he is used to in Europe?

“Compared to the European oysters, our native rock oysters have a much deeper shell but are a little shorter in length making them more challenging to open but also the tastiest to eat!” Cath said. 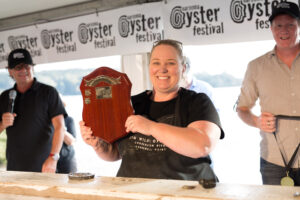 The festival’s shucking competition is set in front of a roaring crowd and meticulous judges including John Susman (Sydney Royal Show, Chair of Judges, Aquaculture). Shuckers open 20 rock oysters per heat and 30 in the final. The best of the best will then go head to head with Nolan. 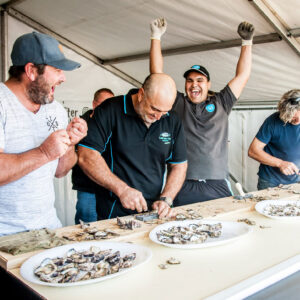 “It really is the race that stops a festival, and we can’t wait to get Doody and Sally and the rest of the farmers back together for some seriously fun competition.”

The Women’s Shucking Competition begins at 3pm sharp, with two heats and a final, followed by the Men’s at 3.30pm. The Festival Champions will then have a shuck off with Nolan.

Oyster lovers will have an opportunity to meet the World Champion and the 2021 Festival Champions to get some shucking tips at the festival and can also meet the farmers in Oyster Alley to taste rock oysters from NSW South Coast estuaries.

Tickets are available now at www.naroomaoysterfestival.com